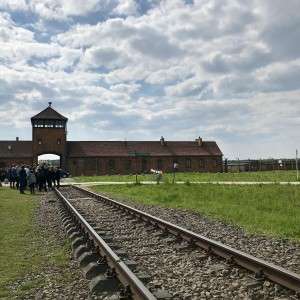 On Wednesday the 8th of May, the college was fortunate enough to participate in the Lessons From Auschwitz programme: a national project dedicated to preserving the memory of those who were murdered in the Holocaust. As the persecution of the Jews and other minority groups is covered in the History curriculum (AQA Democracy and Nazism), this was a perfect opportunity for two Year 12 students to visit the infamous sites of Auschwitz I and Auschwitz II (Birkenau) near Krakow, Poland. After reading some brilliant essay applications, Jessica Naylor of 2H1 and Matthew Hawthorne of 2H3 were selected to accompany myself (Mr Cowley) to Poland on a one-day trip.

Before departing, the three of us attended an orientation seminar at the Clayton Hotel in Leeds city centre, where Jessica and Matthew brilliantly participated in workshops and seminars on the diversity of what life was like for Jewish people in Europe before the Holocaust, and why Auschwitz, over any other Nazi extermination camp, is so synonymous with the Final Solution. We also were fortunate enough to hear the testimony of a Holocaust survivor, Eva Clarke, who unbelievably was born in Mauthausen concentration camp in Austria before being transported to Auschwitz as a baby. This was a particularly humbling experience, especially as the number of living witnesses is in steady decline.

We arrived at Leeds Bradford Airport at the unearthly time of 4.30am, and after landing in Krakow drove with our group and guide to the small town of O?wi?cim (Auschwitz in Polish). Remarkably, this town, a couple of kilometers from the extermination camps, had at one point a Jewish population of 75% before the war. Ever since, only one Jewish man had lived there until the late 1990s. We arrived at Auschwitz I just before midday, and wandered around with our Holocaust Educational Trust guide and Polish tour guide. We went through the infamous gates with the inscription of ‘Arbeit Macht Frei’ (Work sets you free) upon them and looked at hauntingly intact barrack huts and buildings, including rooms with mountains of personal possessions in them, even human hair. Entering the gas chamber and seeing Crematorium I was an experience that I’m sure will stay with the three of us for a very long time.

After lunch, we drove over to Auschwitz II (Birkenau), the purpose-built extermination camp that was constructed in 1941-1942 to keep up with the ever-increasing number of Jews and other 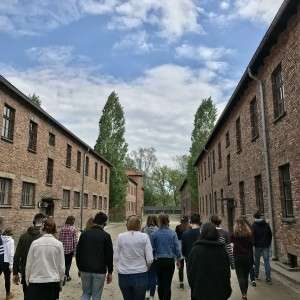 minorities. A five-minute drive away from Auschwitz I, the first thing that you notice are the train tracks that have become so identifiable with the Holocaust, and ultimately the colossal size of the place. We went into some of the barrack huts that would have housed between 800-1200 prisoners, saw the gas chambers that were frantically destroyed by the SS in 1945 as Germany was close to defeat, and the Sauna Building, where ‘healthy’ prisoners deemed fit enough to work were screened, shaved and tattooed. As the sun went down, we were lucky enough to be part of a small service led by Rabbi Marcus from South Africa, whose own relatives had been murdered at Auschwitz. On the embankment where the cattle wagons would have unloaded thousands upon thousands of Jewish people during the Holocaust, we listened to him deliver a Hebrew mourning prayer (El Malei Rachamim) and lit candles as our own small way of remembering all of those that had died there.

Jessica and Matthew represented Elliott Hudson College brilliantly; I was so proud of them. We talked about what the trip would do for us, how it would alter our perceptions of the Holocaust and how we could use it going forward. Ultimately, the students (and myself) have come away with a fresh perspective on what happened. There is only so much that history books, websites and documentaries can tell you – sometimes being there, standing on the spot where such atrocities were committed and feeling that connection can be more powerful than doing any reading.

Finally, the trip was designed by the LFA project to ensure that the memory of those that were murdered lives on, and that faces are put to numbers and statistics. Jewish people from Poland, the Netherlands, France, Ukraine, Bulgaria, Italy, Greece and even the Channel Islands were murdered at Auschwitz. Over 1.2 million lost their lives there, and hearing the testimony of survivors and survivors’ relatives helps us to personalise the Shoah and to ‘re-humanise’ those that were ‘de-humanised’. I’m sure I speak for myself, Jessica and Matthew in saying that the visit was an experience none of us shall ever forget. 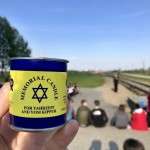 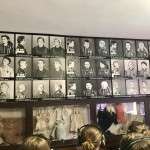 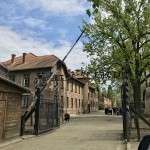 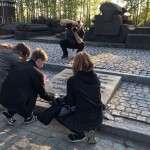 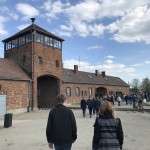 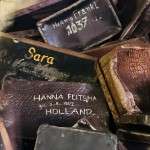 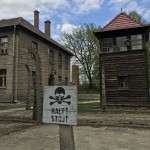 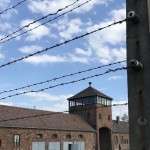 We are a partner of GORSE SCITT (formerly Leeds Teaching School Alliance) which offers a dynamic route into teaching, providing high quality Initial Teacher Training around Leeds. New entrants to the teaching profession are able to train directly with the  SCITT in schools within The GORSE Academies Trust and also in partner schools in the local area.

The trust has an outstanding record of recruiting trainees from its programme to newly qualified teaching positions within its schools and graduates from the SCITT are in high demand in schools outside of the Alliance.

As a new college we have been particularly pleased to recruit from the SCITT tremendous expertise in Physics, English, Art, Music and Social Science. The quality of the NQTS we have recruited has meant they have “hit the ground running”, delivering excellent, academic teaching to our students from their first days with us. Trainees on both enhancement and placement with us have also richly contributed to the wider work of the college.

X
X
We use cookies to ensure that we give you the best experience on our website. By continuing to browse this website you are agreeing to our use of cookies.OkRead more